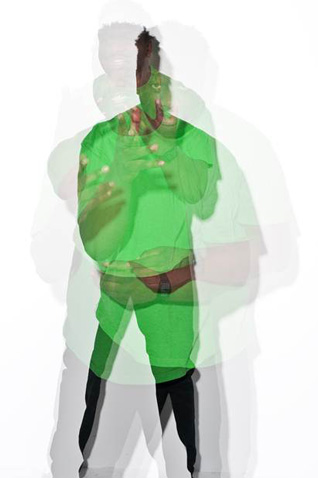 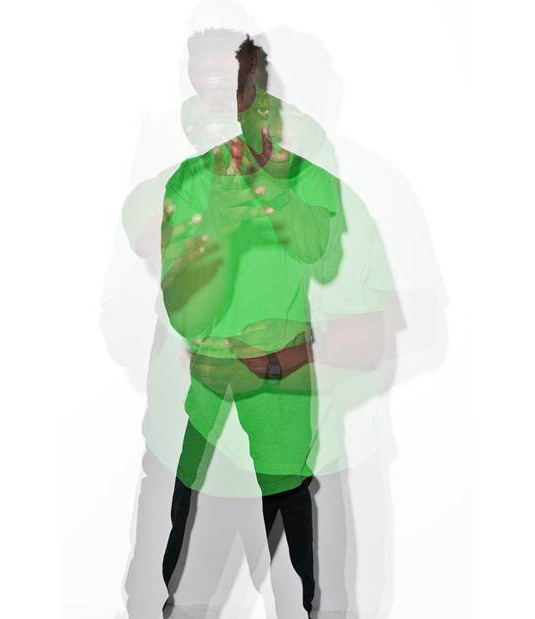 CDR, Dad, RBMA, NTS, Sir: Tony Nwachukwu circa 2012 is a subtle blend of acronyms and abbreviations that reads like a grand list of post-nominal initials. Add to that the roles of Producer, music practitioner, teacher, and what you have is a great connecter of people and ideas.

As a producer / artist, Tony has been as effective at creating his own musical vision as he has at helping others to find their own voice. As founder of the pioneering (and visionary) CDR, Tony has again been instrumental at helping artists to celebrate / validate their work, with a view to bringing that art to market.

Humble in regard to his accomplishments; driven in regard to future plans – LBB invites you inside the mind of a man who’s not only stood on both sides of the musical fence, but who has also cut the lawn and trimmed the rosebushes.

Now Mr Nwachukwu just needs to find time to (in his words) ‘squeeze the studio caveman back into the fold!’

Q) Tell us a bit about yourself and your background
LBB! My roots have always been in beat programming, sound design and music production. In recent years I have extended my experiences to the world of education and crafting opportunities for music communities and brands to learn together and from each other.

After Uni and a brief spell in music retail I armed myself with an Akai MPC 60 and S1000, a case full of my floppy disc based sample library and an Atari Stacy to venture into a world of freelance beat programming and arranging. I worked with producers and engineers on records for artists including Desree, Tina Turner, Chinablack and Coldcut. Attica Blues followed a few years later.

We produced two albums, toured with the likes of Massive Attack, Moloko and Lamb, and remixed artists and bands including Macy Gray, Duran Duran, DJ Krush and UNKLE. Post Attica, a series of independent productions, releases and fatherhood came CDR, a response to music industry observations and experiences and platform for implementing some of my music/collaboration/learning/insight ideas.

Q) What is CDR and how does it work?
CDR is an evolving and multi-faceted international music project, which I started in October 2002. The idea was to create opportunities for music producers, artists and fans to share in the process of music production. It was also a way of helping artists get out of this ‘it’s not quite finished yet’ mentality, because there’s an enormous power in receiving feedback especially when it’s in the right kind of environment.

A typical CDR (session) has four sections. The evening starts off with the CDR Archive, a DJ set comprised of music contributed to previous CDR sessions. We then have some kind of guest contributor in the guise of producer, artist or record label sharing a discography set or a set of tunes, fresh from their hard-drive. This is also the spot where we usually have an interview or production presentation exploring their journey as an artist, tools of the trade, or breaking down a seminal recording. The highlight of each event is Open CDR, a DJ set of music submitted on the night on CD, USB stick or via our Soundcloud account. If there’s time, we usually finish off with dance-floor savvy selections from the wider CDR archives.

Q) The concept of CDR seems to reveal the ‘art & craft’ as well as the process behind electronic music. Why do you believe it’s important to do so?
You know that! In this age of factory presets, instant gratification and capabilities based on one’s social media popularity, it’s ever more important that there’s a real connection between the time and commitment – the actual ‘craft’ – and work produced with skill and finesse. That takes knowledge, care and 10k hours and counting of doing. A lot of music and creativity is made in isolation, and often only privy to a small group of people. So I’ve felt compelled to turn this on its head and see what happens on the other side. You can’t get much more ‘public’ than listening in real time on a fat system with a club full of fellow music heads who, like you, are ready and willing to both show and tell their response.

Q) Technology has made the music production process much more accessible. How do you think this has impacted or influenced the wider musical landscape, and is there a division between ‘classically’ trained musicians and self-taught?
Technology has enabled everybody to create and share their ideas quickly and efficiently and to deliver them without compromise. It has bridged the gap and enabled direct conversation between producer and consumer to mutual benefit and redefined the role and responsibilities of ‘Middle man’ products and services. ‘Classically’ trained and self-taught musicianship have two very different forms of expression thus divisions only occur if there are old and often rigid ‘traditions’ to uphold. There also seems to be a lot more at stake for classically trained musicians – beyond actually being a musician.

Q) You are steadily building an international CDR community, how have you found the process and have there been any notable differences from country to country?
Yes indeed. CDR is currently resident in London, Berlin and Copenhagen, with more additions in the pipeline. The vision for CDR’s always been to create a worldwide network of people, sessions and experiences. We have had the pleasure of working on projects in countries such as France, Spain, Chile, Israel, Australia and most recently, India.

Currently we’re developing a sustainable worldwide model. Stay tuned… The journey has been amazing. My past has helped connect me with notable partners including fellow producers, artists, brands and venues. I’ve also worked with key specialists to connect other forms of support. Language and cultural idiosyncrasies aside, the only country-to-country differences are discovering the dominant production aesthetic.

Q) What has been your most surprising or engaging / educational session to date and why?
Putting together the first CDR Knowledge event in London. These are immersive learning experiences consisting of production presentations from members of the CDR community, mini workshops and one-to-one tutorial sessions and a room full of hardware (and headphones!) for attendees to explore. It’s a great way to illustrate the evolution of CDR as an event, community builder and facilitation platform. We had production insights from the likes of Bullion, Floating Points and Simbad; launched Logic Pro 9; and a room full of Macs, Novation keyboards and industry experts to dabble with, sociably enhanced by a glass or two of complimentary cocktails. What more could you ask for?

Q) What’s next for CDR?
We have an exciting plan in place for 2013, extending the CDR project, more Knowledge sessions and the roll out of the CDR Tutorial project. Watch this space. Scaling the recently launched CDR website, cdr-projects.com in order to connect with the community we have built over the years and present our take on the world between initial kick drum to master fade out.