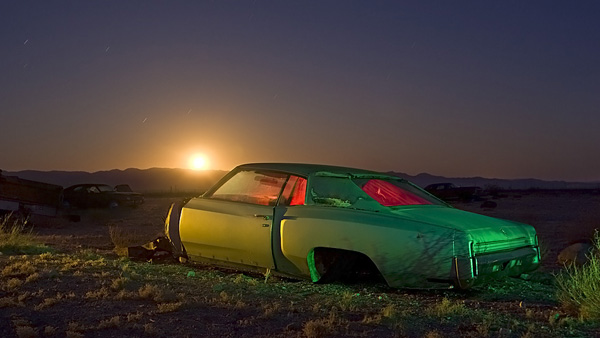 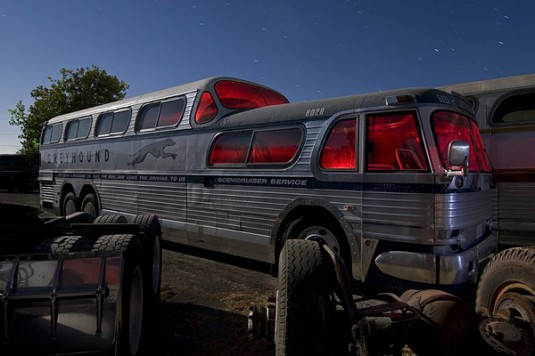 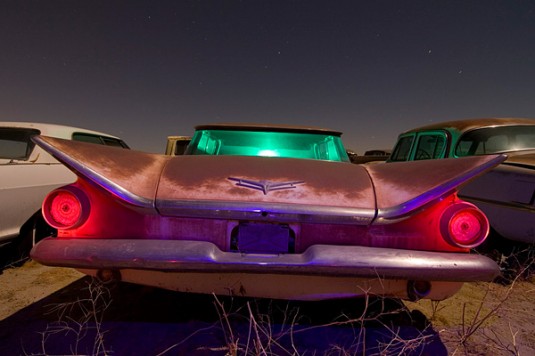 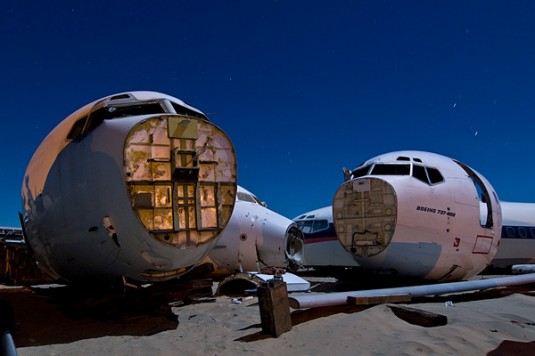 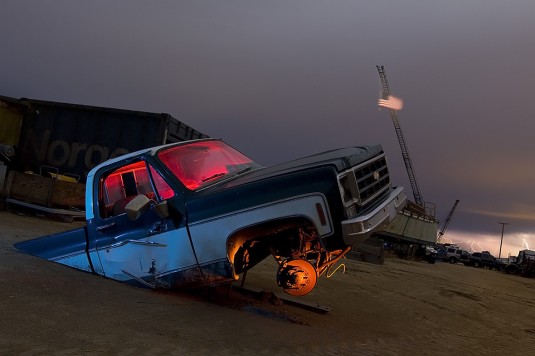 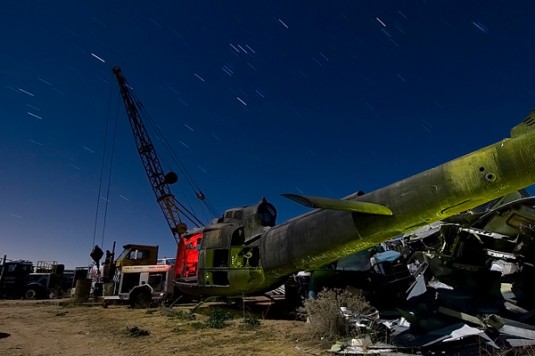 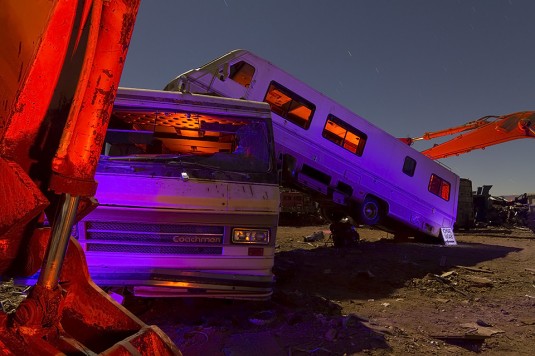 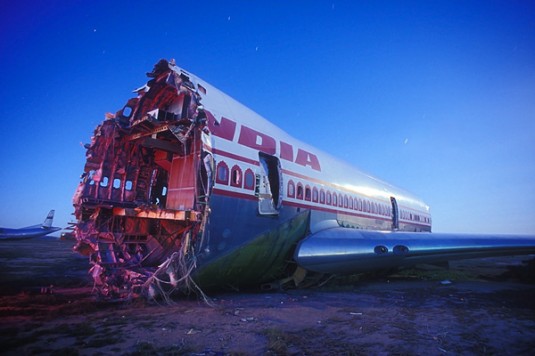 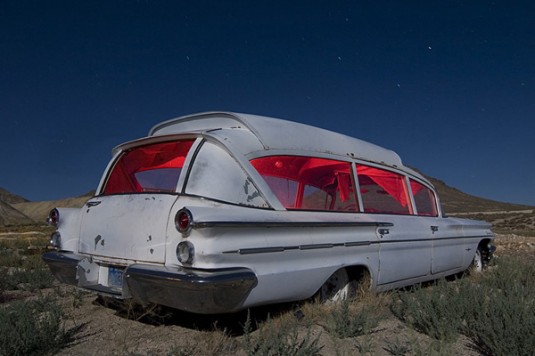 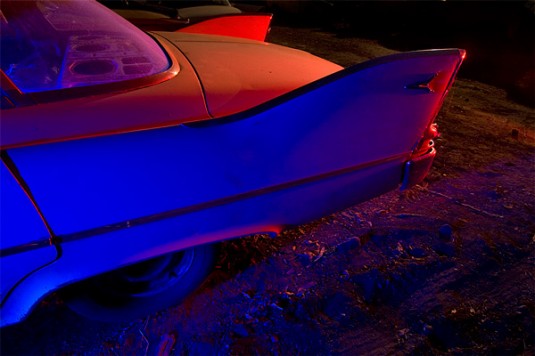 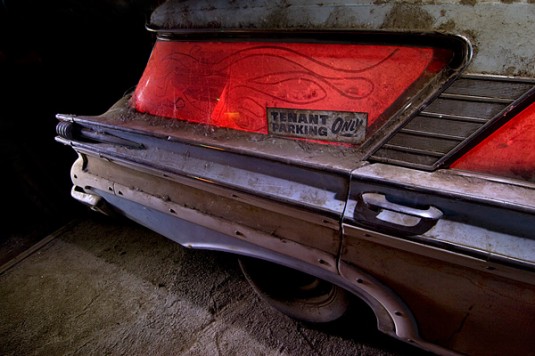 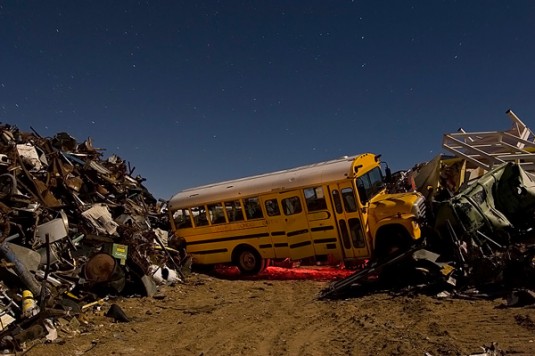 As monuments for industrial decline, Troy Paiva’s Lost America series tells a story both of planned obsolescence and economic irrelevance.

Lost America examines the evolution and eventual abandonment of community, infrastructure and social iconography spawned during America’s 20th century expansion into the cities and deserts of the West, with photographer Pavia creating an extensive body of light painted night photography in abandoned locations and junkyards since 1989.

For those unfamiliar with the tale of industrial decline of the Midwest, please see A Requiem for Detroit by Julien Temple for reference. The documentary – which in essence is a story of what happens when Capitalism leaves a city economy built upon on industrialized / standardized forms of mass production – is a brilliant place to start.

It tells the tale of what was once America’s fourth largest city. Built by the car for the car, with its groundbreaking suburbs, freeways and shopping centres, Detroit once represented the embodiment of the American dream – a 50s / 60s America predominantly accessible to those on the ‘right side’ of the US colour bar. During that time Detroit simultaneously experienced the ‘White flight’, where the city’s demographics shifted from those able to purchase shiny new automobiles to those dependent on jobs producing them.

Also, with the lesser known economic decision by President Nixon (one encouraged by the Big Three American carmakers) to delink the dollar from gold in 1971 and transitioning to the fiat dollar.

The fiat dollar in the ‘70s coincided with a weak dollar. With oil priced in the latter, and with the dollar in freefall, gasoline prices soared. Expensive petrol prices made that way by faulty U.S. monetary policy robbed the Big Three of their market advantage – hence the demise of Ford, General Motors and Chrysler, whose cars simply became far too expensive to run. The net effect? The haemorrhaging of America’s manufacturing heartlands.

As 40 per cent of once industrialised land in central Detroit returns to prairie, Lost America sees once barren lands literally going the other way. It’s these complex socio-economic dynamics that serve to make Lost America an ever more compelling body of work.