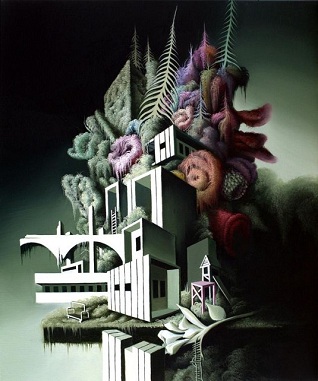 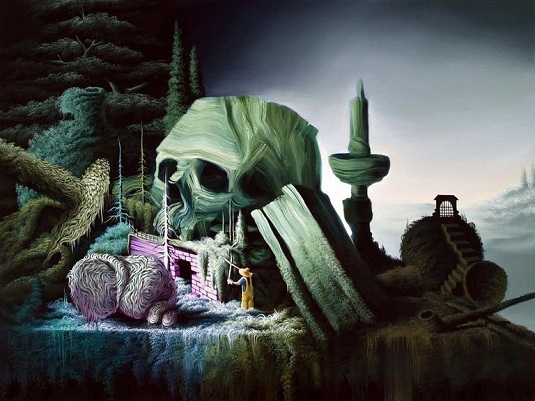 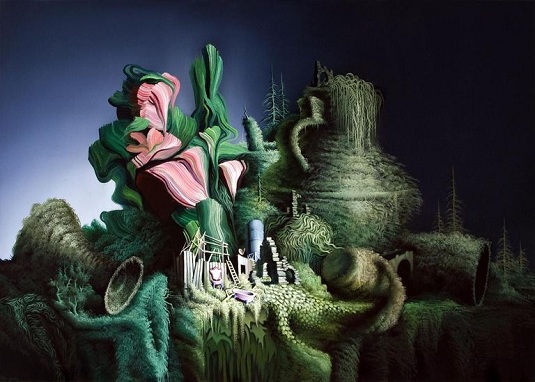 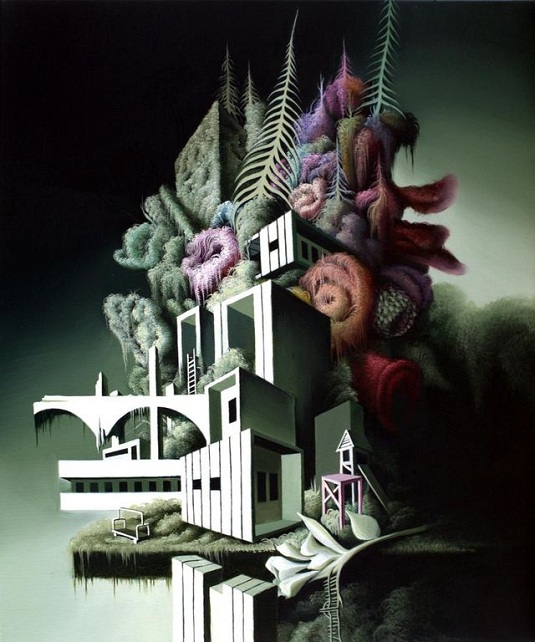 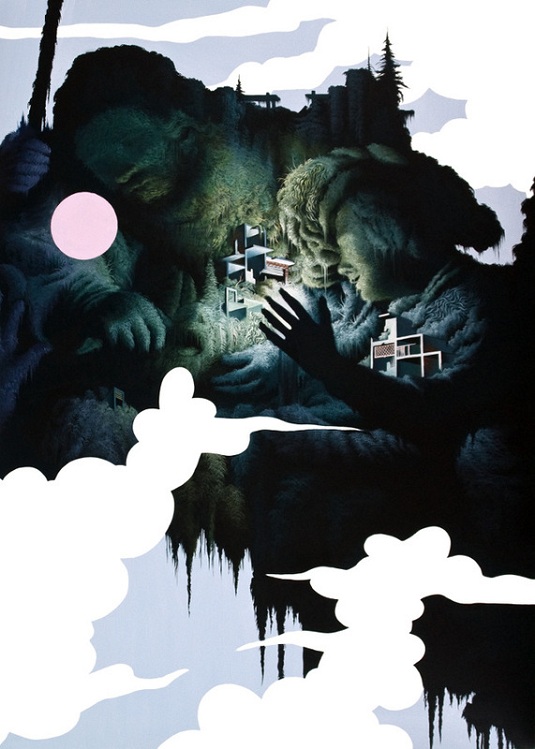 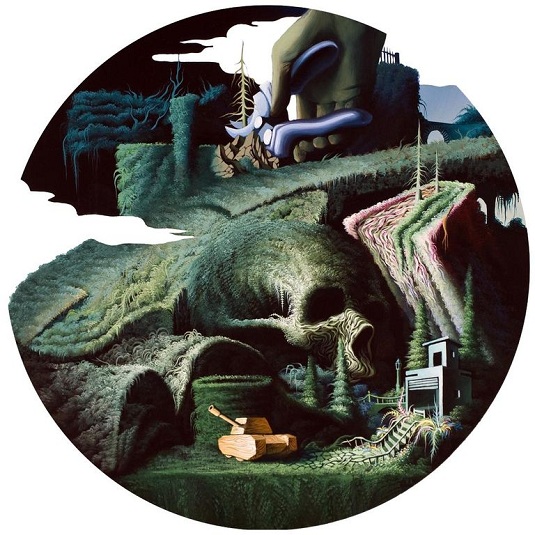 “The paintings express a repetition of varying hues of green, a reference to the duality between sickness and growth and how the land eventually reclaims everything that sits upon it. Objects being imbued with foliage confirm these concepts of the ongoing and endless conflict between the forces of destruction and the forces of philosophical cultivation. This force of nature against man-made structures and ideologies not only conveys a relentless struggle but also comments on the history of art and architecture being overwritten and unearthed with the passing of time.” – Jacob’s Island

Picturesque visions of lush overgrown ivy and moss ironically strangling the life out the man-made items they cover: welcome to the wonderfully surreal world of Vasilis Avramidis, currently on show at the Jacob’s Island Gallery.

‘Caretakers’ is the debut UK show for the Greek artist. Investigating the relationship of mortality, order, and power; all very relevant themes of his native country and indeed western politics and economy in general. Shame the Europes economic caretakers don’t seem quite as diligent as the ones in Avramidis’s paintings.