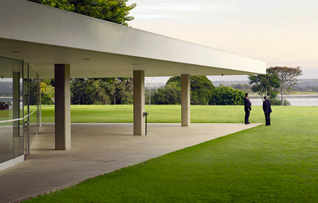 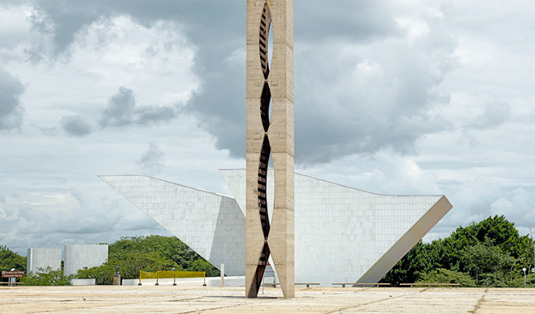 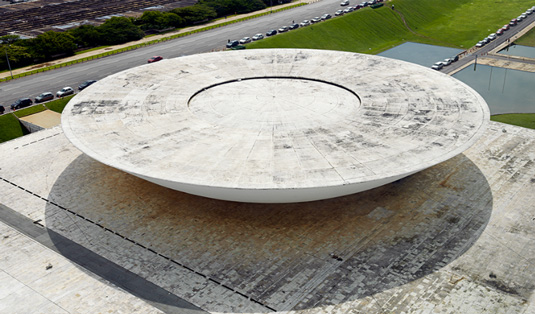 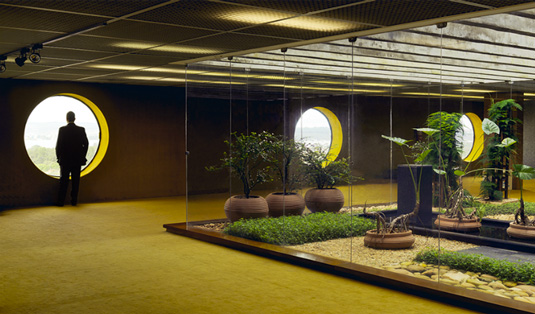 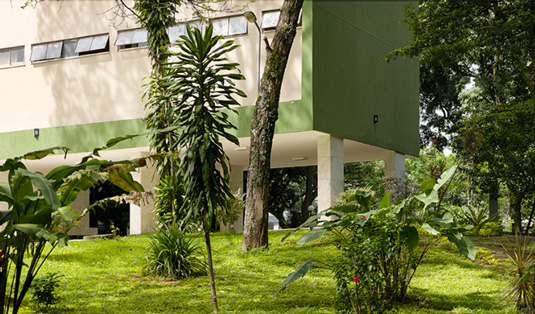 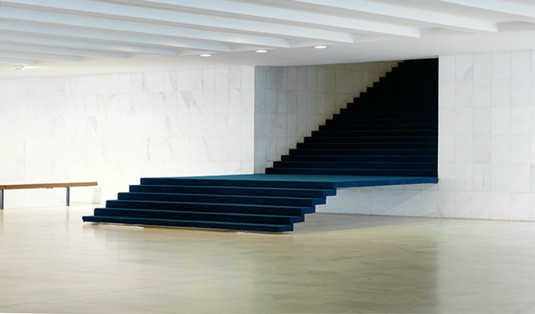 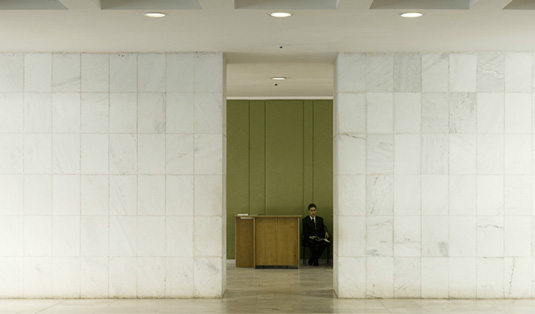 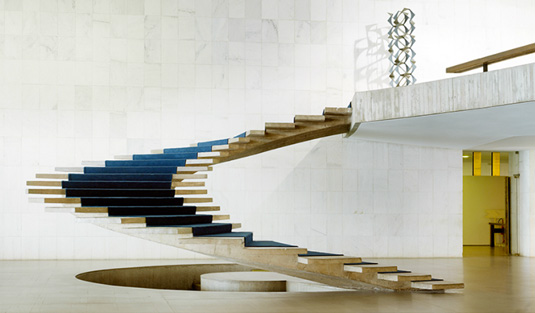 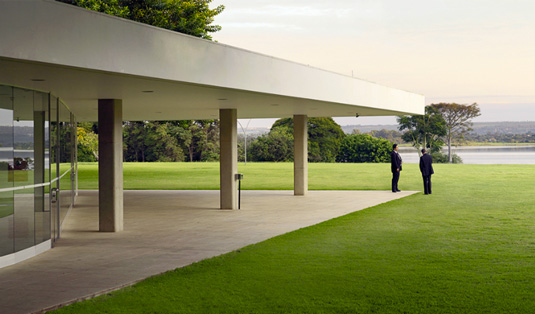 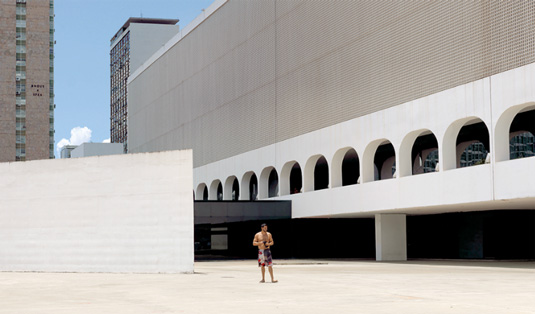 Oscar Ribeiro de Almeida Niemeyer Soares Filho – or Oscar Niemeyer for short – is the architect of, or what promised to be, Brazil’s brave new world: a tomorrow that with a history of socio-economic division, Brazil has yet to deliver on. But that hasn’t stopped the 104-year-old architect from trying.

Rather than focusing on Brasilía’s iconic exteriors, photographer Vincent Fournier has instead chosen to document a direct relationship between people, the architecture, and its surroundings.

Function begets form. That ‘function’ relates as closely to how we feel as it does to what we do. That these two verbs are inextricably linked is a notion not lost on Niemeyer in his design, nor through the Fournier’s photographic lense.

In 2004 Brazil’s president Luiz Inácio Lula da Silva proposed legislation that would confer special landmark status on all of Niemeyer’s buildings – and with good reason. Some may suggest that Brasilía’s Modernist architecture represents little more than an example of a failed utopia, but if through Fournier’s images we can see a glimpse of that brave new world, then there’s no failure in that.