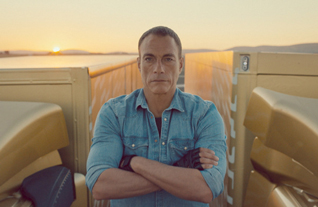 Ad agencies everywhere hoping to win any TV / automotive awards in 2014 had better down tools now. On second thoughts, keep working, because there really is no shame in second and third place. Really, there’s no shame at all.

Swedish agency Forsman Bodenfors and their list of collaborators have done a stellar job with both the proposition and execution of Epic Splits for Volvo Trucks – none of which would have been possible without the undoubted epicness of legend Mr Jean Claude Van Damme.

There have been comments to suggest that there is no guarantee anyone will buy a truck because of this. We beg to differ, because if a business is inclined to purchase trucks, their next visit will be to a Volvo showroom. Those driving slightly smaller vehicles will surely be considering a Volvo as their next purchase, for with the Volvo Dynamic Steering so clearly demonstrated in this spot, there’s every reason to believe a Volvo car will perform even better. And even if they didn’t, the Volvo emblem is now the equivalent of a cool badge. Job done.