Go for a drink & a quick spin at the Wasbar 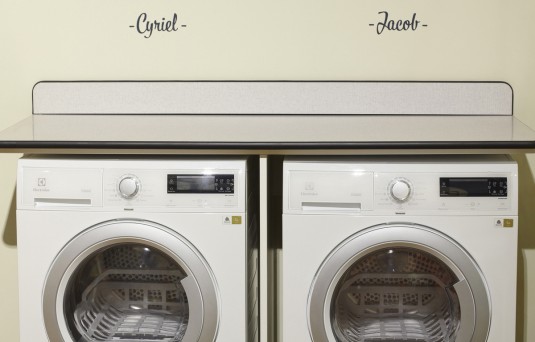 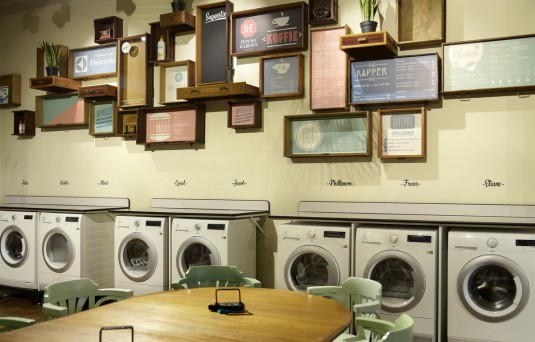 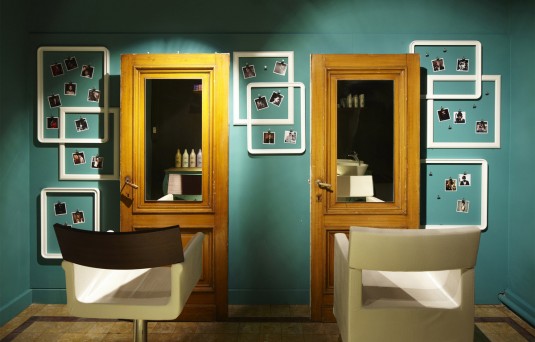 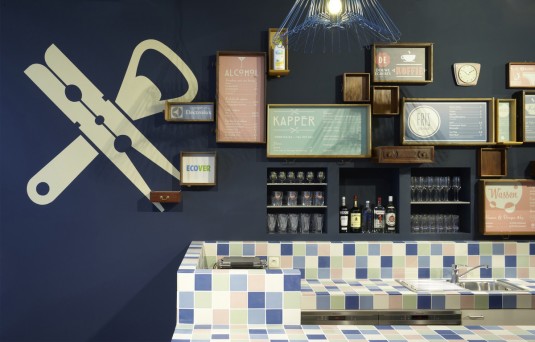 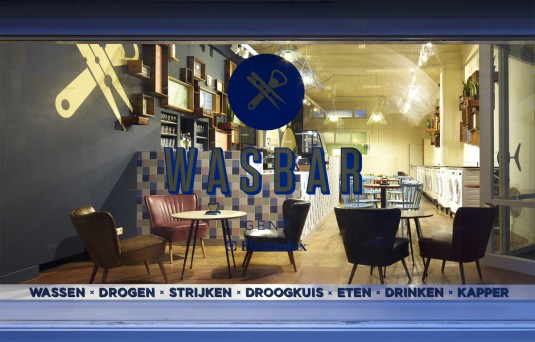 The city lifestyle worldwide shares many commonalities. Space and time are always at a premium – not to mention the modern social etiquette of human beings being welded to a mobile device day and night – making spontaneous personal interaction a little harder to come by.

Antwerp-based design studio Pinkeye set about repurposing the communal space of a launderette to create a house, café, bar and hairdresser, thus creating a lateral solution for young city dwellers and millennial multi-taskers with a desire for an ‘offline’ social existence.

The laundrette / meeting spaces have been carefully considered, washing machines and dryers have been named after grandmas’ / grandpas’, and selected furniture has been upcycled, creating lampshades from coat-hangers using colourful clotheslines to break up spaces.

Personality has been injected into every piece of design to create an identity for the concept store: ‘”For us it was important to create a solid identity,” explains creative director Ruud Belmans. ‘The concept will probably be rolled out in other cities in Belgium, which makes a distinctive image important. Then a couple of pieces of vintage furniture doesn’t cut it.”

After a successful run in Ghent, the agency has now opened a second site in Antwerp. As well as changing how people use the launderette, going to the Wasbar for a quick one brings a whole new meaning to airing your dirty laundry in public.