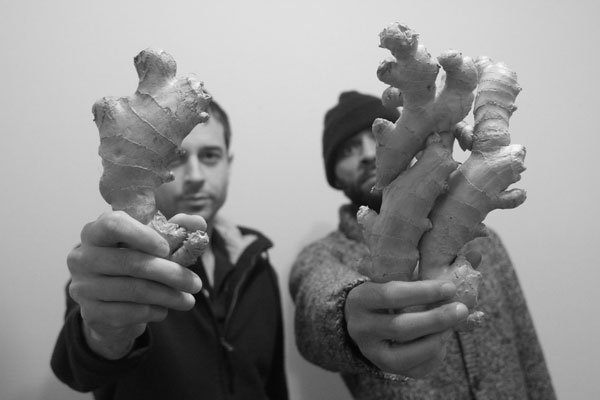 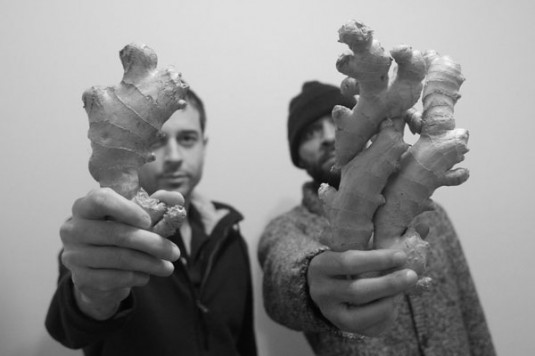 Max Tucker and Malik Ameer are New York based production duo Weird HappYness. Together they take us on a musical trip with their debut album ‘(((10,000+ hours)))’ that is not so much weird, but an eclectic and quirky mix of jazz, electronica and experimental sounds.

The album features several tracks with the irrepressible Leron Thomas on trumpet and arrangement duties. A particular stand out is The Ascent of Rose: a beautifully gliding track, with dreamy horms that fans of Hypnotic Brass Ensemble will no doubt appreciate. Then there’s Irregular Ode to Jaron Lanier: an electronic groove tribute which is reminiscent of early Daft Punk to the internet guru. All it needs is a graphic futuristic video.

And to ensure you don’t get  too comfortable in your seat, the duo offer up ((((Ninel Kulagina))))) – a techno inspired track that conjures up visions of cinematic sci-fi and playstations. No matter which direction the pair venture sonically, there is a consistent quality and atmosphere that endures.

The album title (((10,000+ hours))) is a head nod to Malcolm Gladwell’s Outliers, which is not about the literal 10,000 hours of work to create success, as the common mediated narrative suggests, but the ecosystem that feeds into the phenomena of success. Gladwell deconstructs the impact of culture, decision making, socio-economics, networks and the part they play in the achievement of success.

Whatever the ‘10,000 hours’ factor, multi-instrumentalist’s Max Tucker and Malik Ameer most certainly possess the ingredients for success, as defined by their vision and talent.