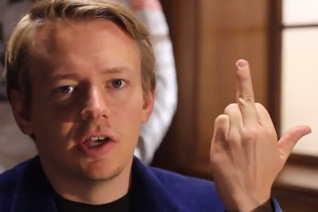 So why don’t MTV play music videos anymore? I mean like, seriously.

Actor Brian Firenzi gives us the lowdown on the role of the humble music video and its place in the MTV programming schedule. This reads like an MTV demographic-psychographic splurge – and a spot-on splurge it is too.

Who knew the decline of a musical monolith would prove so popular. 972,000 hits and counting. 500,000 hits in a day. If MTV had known they’d have reluctantly made this video themselves.